Montel Vontavious Porter or MVP for short is one of the most talented wrestlers of his generation.

However, it wasn’t all plain sailing for the Miami, Florida grappler, when he was younger he spent six months on juvenile detention for robbery and spent a further 9 1/2 years in prison for armed robbery and kidnapping which started when he was sixteen.

After being released from prison he began to pursue a wrestling career, making it to WWE and winning the United States championship and the Tag team titles, before achieving a life long dream of working in Japan with NJPW.

We caught up with MVP to talk about his friendship with Booker T, WWE highlights and a possible WWE return plus much more. 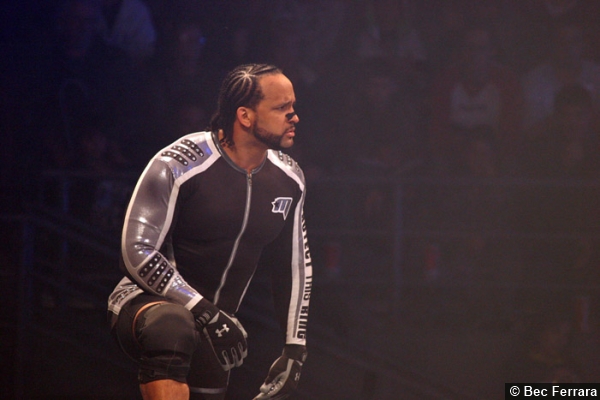 How was it working at Booker T’s recent All-Star Clinic in Houston, Texas?

I actually reside here in Houston, Texas because of Booker T. We have been putting on a clinic at Booker’s wrestling school and there has been a very good turn out, so far so good, and I know he wants to do these every three months or so. Booker says it best, we’re not training anybody, we are teaching people with an emphasis on physiology and fundamentals.

Booker T and yourself had quite similar childhoods in terms of getting into trouble with the police and your path into wrestling, did that help you become close friends?

It’s quite funny, Booker chose me, and he saw something in me. Years ago when I had my first dark match against Norman Smiley, Norman took me to the side and introduced me to Booker and we spent a few minutes talking and he gave me some advice and back then he was kind enough to give me his number and told me to give him a call if I ever needed any advice.

Years later when it looked like I might have an opportunity to sign with WWE, Steve Keirn asked me about my ability to get into other countries with my felony conviction. Even though I hadn’t spoken to Booker for quite some time I put the call into him and he remembered me and was gracious enough to spend some time on the phone talking to me about his experiences being signed and his criminal background getting in the way.

When I got signed and called up to WWE, Booker invited me to come and train at his school on my days off, which I did and when I got released from developmental and called up to the full-time roster I decided to move over to Houston so I could continue training with Booker because when a six-time World champion says I want to train with you, you would be a fool not to.

What was that moment like when you made your debut with WWE?

The WWE is the NFL or the Premier League it is the top of the tops. For me, Japan was my dream and WWE was my goal, so making it to WWE and actually standing in that ring for the first time in front of millions of people nationally and tens of millions of people internationally, I was there, I was at the show! it was so real, that’s the best way I can describe it. It took a while before I was actually able to believe it was happening. 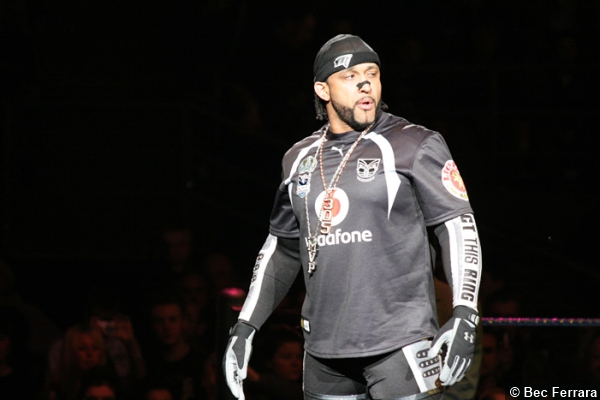 You held the United States and Tag Team titles during your time in WWE, what are some of your highlights?

I have so many but I would definitely have to say my very first WrestleMania wrestling the late Chris Benoit who was one of my in-ring idols, talk about surreal – a guy I used to watch on tape for years and then being on the biggest show in the biggest company standing across the ring from the guy I idolised.

Wrestling Ric Flair at Madison Square Garden at the Royal Rumble was another career highlight and I’ve been fortunate to have quite a few but those two really stand out.

What was your time like working with Matt Hardy, as well as being Tag Team champions you faced off in several challenges?

Matt and I became like brothers through that, when we first started working together he and I knew each other but we weren’t necessarily close but he was really cool to take me under his wing and work with me. I’m proud to say a lot of the ideas for the competitions and the tag team title run were ideas that Matt and I had actually come up with and we would call each other up and exchange ideas.

Vince (McMahon) had an open door to us and anytime we had an idea, he was very welcoming. I hated the pizza-eating contest, I despised that, aside from that everything else was a blast, I loved working with Matt and to this day he is one of my best friends in the business.

When I asked him to be released so I could go to Japan to follow a dream he gave me that as well, so I can’t tell you anything bad about Vince, not from my personal experiences with him.

Is the door open for you to make a return to WWE?

There is a very likely possibility, I feel like I’ve got some unfinished business there. I would say there is a very realistic chance if it’s up to me barring injury or any unforeseen circumstances, before it is all said and done I will probably show up in a WWE ring again.

What is it like working over in Japan for NJPW and with more international stars over there as well?

New Japan and Japan has always been a place where there are a certain number of spots open for the as they say in Japan ‘Gaijin’ (foreigners) and traditionally it’s always been for guys to go and gain experience before they go back across the Atlantic to one of the biggest companies.

Prince Devitt, who’s Irish, he is one of the most amazing pro wrestlers that most people probably haven’t heard of, that kid is talented beyond words.

Lance Archer is getting better every time I see him, Dave Boy Smith Jr; he’s doing his thing. You’ve got Machine Gun Karl Anderson who is another American over there who is one of those guys, that is probably one of the best guys you’ve never heard of.

I’ve also been teaming with Shelton Benjamin over here and we have been having a blast together. 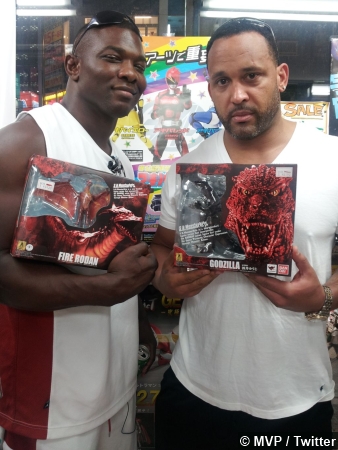 What are the Japanese crowds like and wrestling in arenas such as the Tokyo Dome?

Japanese wrestling fans are really educated fans and they know what they like and they appreciate the sport of pro wrestling.

What are some of the differences and similarities between WWE and NJPW?

There are a lot of similarities; the language of wrestling is the same regardless of what language you speak. You’ve got good guys and you’ve got bad guys and it’s the age-old tale of good versus evil.

I think the primary difference in Japan is it’s more sport and less entertainment, and it’s probably a bit more physical but that is just the nature of the beast.

MVP was speaking at Booker T’s All-Star Clinic for more information visit RealityOfWrestling.com, you can also follow him on Twitter @The305MVP.