Chuck Palumbo was best known for his tag team wrestling in both WCW and WWE alongside the likes of Shawn Stasiak, Sean O’Haire and Billy Gunn.

The 41-year-old from Rhode Island went on to win four WCW Tag Team titles and along with O’Haire were the tag team champions when WWE brought WCW.

After his move to WWE Palumbo formed a team with Billy Gunn and the pair won the World Tag Team Championships on two occasions.

We caught up with Palumbo and talked about, what it was like on the last Nitro, egos in the WWE dressing room, and his projects after wrestling. 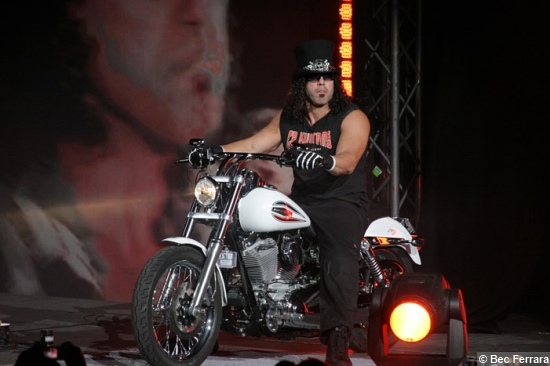 I actually saw an advert on television when I was watching WCW Nitro, they had an ad for the Power Plant. At the time I was in college and I was on a full basketball scholarship, but I decided to leave school early and go for it, it was just one of those things where I made the decision pretty much based on instinct.

Who were some of the wrestlers that inspired you to get into the sport when you were growing up?

Number one I would have to say Curt Hennig, and I was fortunate enough to become friends with him when I came into WCW. Scott Steiner and Scott Hall were two others who I really enjoyed watching.

You made your television debut for WCW on Thunder against Scott Steiner, what was that experience like?

That was an amazing moment, it was like a dream come true and Scott and I have gone on to become very close friends. We basically met that day and I was told going into the match by the agent, Terry Taylor not to worry about getting any offense, he’s going to beat you up, my job was to put him over. Scott and I talked before the match for a minute and he asked me what I wanted to do, and told me he wanted to make me look good and he did.

During your time in WCW you held the tag team titles on four occasions, what was that like?

It was great working with guys like Kevin Nash, he was so instrumental in helping the younger guys develop, I appreciated it back then but looking back now having had a long career in the wrestling business it was really cool what they did for us.

You were with WCW on the final Nitro in Florida, what was it like in the locker room that day?

It was very strange, we found out about it pretty much that day and the next thing you know here comes Shane McMahon, Pat Patterson and Jerry Brisco, and that’s when I realised they were taking over. It was a very surreal experience but at the same time, I was very fortunate to be on the last Monday Nitro ever.

That night it was Sean O’Haire and myself against Mike Awesome and Lance Storm, so it was a good experience.

How much did it help that when WCW went out of business Sean O’Hare and yourself were the tag team champions?

Actually, some of the guys higher up in WCW had told me not to worry about it, as I was one of the guys going right over to the WWE. After hearing that I thought great but if I hadn’t I wouldn’t have been worried I would have gone up there and tried out for them next, I was young, and only two years into my career.

What was it like when you first arrived in WWE and went up against the Hardy Boyz, APA, and The Undertaker and Kane?

Oh, it was great, at the time the Hardy Boyz were over big, The Undertaker and Kane were over big as were John Layfield and Ron Simmons, so it was really good going in there and working with all of those teams.

However at the same time there were some egos in the WWE and WCW, and I never understood this and I think they regret it now, but when we first came in it was like the WWE guys against the WCW guys and if you think about it that’s kinda foolish, if anything the boys should have been bonding but there was a lot of heat in the air.

After the invasion angle you found a new tag team partner in Billy Gunn and formed Billy & Chuck, winning two tag team championships, what was that whole experience like?

It was great getting the chance to work with a veteran like Billy Gunn and I was still young and green so Billy taught me a whole bunch. We were given a big push and it wasn’t supposed to get that big, it was only going to be a temporary deal to boost the ratings with the gay marriage.

But it was a lot of fun, when you do characters like that, you have to put your ego and personal feelings aside and remember you’re acting and playing a part, we might not be the greatest actors but we are acting a role part.

We had a great push and a great run, we were on Time Magazine, The Today Show, Howard Stern, we made good money, it was great, I just wished the Billy and Chuck gimmick lasted longer. 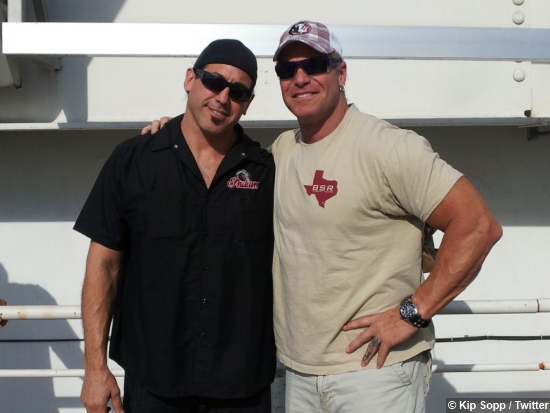 Your first spell with WWE came to end in 2004, what was the reason for your departure?

Well, that’s a very tricky question because I never really got a good answer. There is a lot that goes on behind the scenes at WWE, many things that we don’t know about. I was told the writers did not know how to use me, but when it comes down to it, if the agents/producers aren’t pushing you to the writers then they aren’t going to write for you, and at the time the producers just weren’t pushing for me, that’s just how it works, it’s a tough business and I am not one for politicking.

After some time in Europe and Japan, you went back to WWE in 2006, but do you think they used you in the right way?

That’s a good question, well for the first few months they didn’t use me at all, then finally they started using me and I got the bike gimmick going and that was going pretty well as a babyface, then six-months into that gimmick they misused it.

Arn Anderson had the idea of making me a heel and it just killed the character off, I’ve always respected Arn as a talent but it’s not a big secret we never saw eye to eye.

Having worked for both Eric Bischoff in WCW and Vince McMahon in WWE, how would you compare your two bosses in terms of their similarities and differences?

Similarities, they are both go-getters and hustlers but obviously, Vince McMahon is much more disciplined, hungrier, I think he is more intelligent and it shows, Vince is still on top of a huge industry and Eric Bischoff is working as a talent in a very low-grade wrestling company.

Since leaving the squared circle you have embarked on several projects, did you want to tell us what they are?

There are a lot of other things I want to do in life, wrestling was one of them, the issue with wrestling is that you can’t always control your own destiny, with these new ventures I’m able to control my own destiny.

I’ve got my CP Kustoms motorcycle company which has been wonderful and I have built bikes for guys like Rey Mysterio, Chavo Guerrero and Dave Batista. I also have a new gym, which is up, and running called Chuck Palumbo’s CP Garage Gym and we are doing personal training and core fitness classes and that’s been going very well. I’m also in a band called 3 Spoke Wheel-, and we’ve done a couple of small mini-tours and we are presently in the middle of recording our first EP. 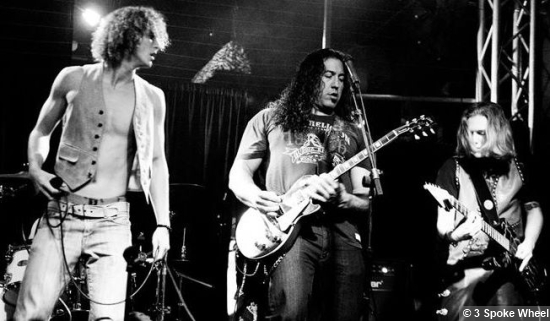