What have you made of other reincarnations of the Four Horsemen stable?

They tried to resurrect it by throwing every person, every collection of anybody they could to try and get the same thing they had and none of them were successful. The greatest form of flattery is imitation, but saying that the Four Horsemen dominated for two decades is not a true statement, we dominated for four years and then everything else was trying to resurrect it and they didn’t have the same chemistry as Arn, Ole, Ric and myself. 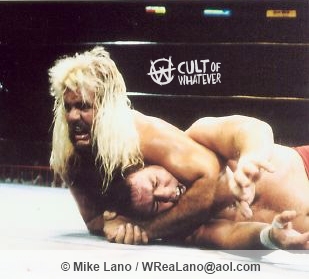 Ric Flair would often refer to the limousine ridin’ and jet flyin’, what were those days with the Nature Boy like?

It was probably as Flair said on the intro for the Hall of Fame when he said it was the greatest time of his life, and it was for all of us, it was fun.

They have lost the art of tag team wrestling. Tag team could be the most exciting thing in the world because you have four guys there, and if they are doing it correctly the tool to make the audience scream are vast. However, if it isn’t done properly and the psychology isn’t there then it is like two singles matches and it can be very dull for the crowd.

What was it like working in the WWF with Bobby Heenan and winning the WWF tag titles with Arn Anderson?

That was a pretty neat experience. We ended up being on Saturday Night’s Main Event on NBC four times in 1989, which is where we won the tag titles, only Hulk Hogan was on that show more times than us.

There is only one reason why we went on after Hulk Hogans’s time slot and that is because the ratings stayed up. We got into that position and that was great for us, it was very exciting to be the first tag team in the history of professional wrestling to be first NWA, WCW, then WWF champions. 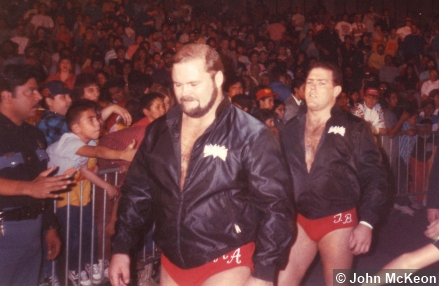 You departed WWE in 1989 after failing a drugs test for cocaine, what was it like on the road those days, Scott Hall mentioned in an ESPN documentary he took cocaine – do you consider yourself lucky after seeing so many wrestlers die at such young ages?

The incident was minuscule in comparison to some of the things I had done in nights and days past, the amount of cocaine in that incident was very minute but it was enough to fail the drugs test. I remember it was on November 2nd, I got a phone call from Vince McMahon telling me I had to go home because the drug policy was a suspension for six weeks without pay.

Arn and I were actually leaving WWF on Thanksgiving Day after Survivor Series, so 22 days later I was going to be done with WWF and an employee of WCW. However, 11 days later on November 13th Ric Fair called me at 1am and he informed me that WCW had found out about the drugs test.

At the time WCW did not have a drug policy but they pulled the contracts from under Arn and me, which were supposed to be 3/4 of a million dollars for each of us to reform the Four Horsemen. It was a very power-hungry thing that they did by not honoring their agreement with Arn who had a family, and my mistake cost him $150,000. He agreed to take less money and I had to ask him to forgive me, because it is one thing if your actions only affect you but when your actions affect somebody else it is much more widespread.

When Ric and I got off the phone at 1am, I just laid there trying to figure out how I was going to fix this and how I was going to get out of it. At 3am the only thing I said is “Jesus take over my life” and with those five words something happened to me, I had never been to church, I was not raised in a church-going family and when I said those words this supernatural power came and God came into my heart, it was calmness and peace that I had never felt before and this November 13th will be 23 years.

You then became a Road Agent / Producer for WWE but left after a confrontation with JBL, what is the story behind that?

I was being interviewed for the position of Road Agent / Producer and I flew up to talk to them and went to the TV show tapings on the Monday in Chicago and the Tuesday in St. Louis but I never accepted the job and we never talked about finances.

When new opportunities are placed before you, you have to go towards them to see if it’s where God will have you go. It was very evident that part of my life should have been closed when JBL on the Tuesday night in St. Louis went on a tantrum and talked to me about things that I didn’t remember, he had told me I was rude to him and mistreated him.

I told him, “it could have been possible I mistreated you, and I ask you to forgive me”, he didn’t respond one way or the other after that. Although at the Hall of Fame induction he did stop me in the lobby of the hotel and asked me to forgive him which showed he was a better man than I thought he probably was. We had time to chat a little bit, he was inducting Ron Simmons, he did a great job and started the show off very well.