The Whole F’N Show, Mr. Monday Night, Mr. Thursday Night, Mr. PPV, and RVD are many of the names that Rob Van Dam has gone by in his career spanning 22 years.

RVD has held 22 titles in ECW, WWE and TNA including the World Championships in all three organisations, the 41-year-old is also the only man to achieve the Triple Crown in both ECW and WWE, plus he was the longest reigning ECW Television Champion holding the title for 700 days.

We caught up with the Battle Creek, Michigan grappler to talk about his outstanding career, wrestling in the ECW Arena, and the Medical Kush Club. 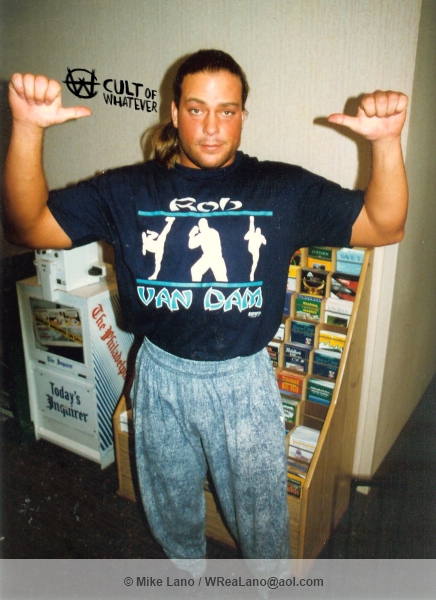 I started watching wrestling through WrestleMania and for WrestleMania II I actually watched in an arena and paid to watch it on a screen. Hulk Hogan was the man, but I was a big Ultimate Warrior fan. Some of the guys that caught my attention weren’t necessarily the main focus, I liked ‘Leaping’ Lenny Poffo a lot because he would do flying headbutts and moonsults, when other guys wouldn’t even leave their feet and that caught my imagination.

Owen Hart as the Blue Blazer, was the first time I had seen anybody do that sort of stuff because when I was growing up the average wrestler was 275 lbs and they weren’t really doing a lot of athletic moves. It wasn’t until some time later in life that I would be exposed to Japanese and Mexican wrestling and when everybody saw that the standards changed forever, and I would like to think that I had a part to play in that.

You were trained by The Sheik, what was it like working with him?

It was an honour, I knew how much respect he got everywhere and knew if I name-dropped him, saying The Sheik trained me, it would give me credibility. When I first started out on the independent circuit I would be getting in the ring with guys who had been wrestling for several years and they didn’t have a clue what they were doing.

The Sheik trained us to be stiff, grabbing each other and really roughing each other up, so lots of the other wrestlers didn’t like getting in the ring with us because we would hurt them. Al Snow was one of those wrestlers, way back in 1991 I would wrestle Al and he was training in a different way to how The Sheik was training us.

It was intimidating to be around The Sheik even though I knew him like family, I would eat dinner with his whole family but I was still afraid of him. He never opened up to the point where you felt really comfortable around him.

What was it like for Sabu and yourself to induct The Sheik into the WWE Hall of Fame?

It was a great honour and I was so glad that he was being inducted and I was glad that Sabu and I could represent. He trained a lot of legendary wrestlers such as Greg Valentine and Dusty Rhodes, but Sabu and I trained from scratch and I was so proud to represent him at the Hall of Fame and still wrestle today with his spirit.

It was also a great honour to give a speech like I did that night, which enabled me to show another talent of mine that WWE always seemed to be oblivious to and that was the fact that I can talk.

You really started to make a name for yourself in ECW after an unsuccessful and short-lived spell in WCW, what was it about ECW that made you feel at home?

First of all, I have to give a lot of credit to Paul Heyman for allowing freedom where it’s deserved and those of us in the dressing room that would stand out, he let us go and be in control of our matches and to connect with the fans. When we were out there having a match it would be an exhibition of our talent and me personally I’m out there to show off, and with ECW I was never held back.

What was so special about performing in the old ECW Arena?

The energy was just caught in such a confined space that it goes through you and it feels as though your swimming in the energy it’s that thick. Many people who never went to the arena but watched events on television thought it was just chaos but that wasn’t the case, there was a rhythm to it and it’s a crowd you can learn to connect with and that’s how I became a superstar.

The first time I stepped foot in the Arena I was scared and intimidated because before then I had only wrestled in the south and in the south we clap our hands, and in Philadelphia, it was more of a bloodthirsty crowd, who all wore black t-shirts and were all males in their twenties. It was such a different atmosphere; the music alone was such a big culture shock for me.

I wanted some hardcore moves, some extreme moves, and I thought I would throw a chair up, jump up and kick the chair into the guys face, then I was coming up with all these new moves to try and get over in this environment and I had no idea at the time that would become the Van Daminator, a move which has won me a lot of matches and gold and it all started in the ECW Arena. 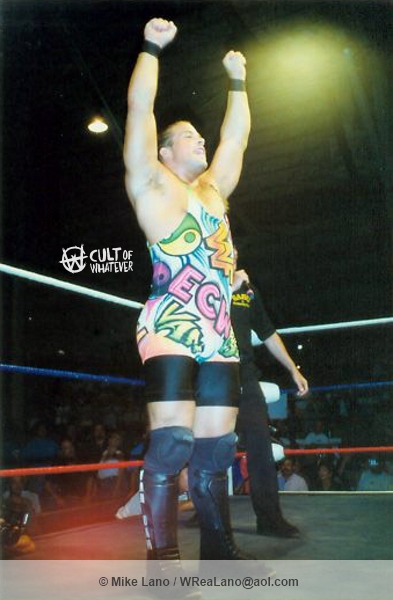 You held the tag titles and Television title for 700 days in ECW, plus had many great rivalries – what were some of your highlights during your time in ECW?

I remember a match with Bam Bam Bigelow really well when I became the TV Champion and the dive into the fifth row of the crowd is a personal highlight of mine, they showed that over and over on the highlight-reels. Like I said I’m showing off, so when I hear people are impressed then I like it, so I’m glad people got to see that, and that single match did elevate me to superstar status.

After that night the crowd really got behind me and started to chant ‘RVD’ on a whole new level and of course, I’ve never lost them.

You were involved in the original ECW invasion angle on WWF television, what was that experience like?

I was actually angry with Paul because at the time I felt underused and I had an offer from Eric Bischoff to go to WCW and then Paul had this idea where he could get me on WWF television doing this angle with the spotlight on me. Everybody was expecting me to go to WCW because they knew about my offer but we pulled the plug and I would turn up on Raw and it was something that had never been done.

It was a great angle with lots of twists and turns and my debut on WWE television was actually against Jeff Hardy and lots of people don’t remember that because at the time he was just a jobber. The angle only lasted for four or five weeks, and then I found out that Vince McMahon actually thought that I was being transferred over to WWE and Paul kind of let it self destruct.

When we went over to WWE for the angle we were told to watch our backs because their guys didn’t want to get beat by us and it ended up on a sour note when they made ECW look bad. We were there to get ECW exposure on WWE television because we needed it as we were growing and it helped us out a lot. I didn’t realise it had all blown apart until Sabu, Vince and myself all sat down and talked but I ended up walking out, and have walked out from everywhere when I thought it was time.

Many people draw comparisons between WCW and TNA, do you feel there will ever be another company like ECW?

No, I don’t because there are too many factors and one of those factors was that time period. We were pioneers and it was so cool because none of the stuff we were doing had ever been seen before. That type of wrestling has now been done to death and a lot of indy wrestlers do that style of wrestling but they don’t know why they’re doing it.

To make another ECW you would have to not only capture the same spirit, toughness and the same willingness of all the performers we had to really give everything for that company but also it will need to be cool and cutting edge for 2012 not for what it was then and I can’t imagine in my mind what that would take, and I don’t think we will ever see anything like the original ECW again.