But also on this night, will the largest athlete in the world avenge injury at the hands of the World’s Strongest Man, an injury which nearly ended his career? Discover the answer when Big Show challenges Mark Henry for the World Heavyweight Championship.

Sworn enemies join forces when CM Punk and Triple H put their differences aside to face their common enemy, The Miz and R-Truth in a Tag Team Explosion while the Raw and SmackDown Superstars settle their accounts on WWE VENGEANCE.”

What you’ve just read is the blurb on Silvervision.com (after I’ve corrected the many mistakes) for the Vengeance PPV. As you can see, things have moved on from the much vaunted Summer of Punk… but does that mean it’s now time for a Winter of Discontent for our favourite straight-edge athlete. 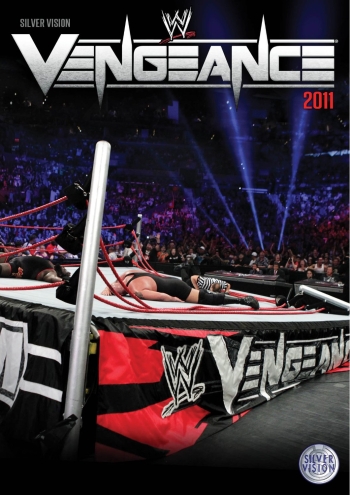 With the heady heights of Money in the Bank and Summerslam in our rear-view mirrors, Vengeance was really the first step on the road beyond the Summer of Punk. At the time, a lot of fans (myself included) felt that it was a wasted opportunity and that CM Punk would slide back down the card. Thankfully, we were only half right and the Straight Edge Messiah has remained in the main-event scene to this day… usually getting the biggest cheer on the night too.

Of course, when Vengeance rolled around, it didn’t seem like that’s how it was going to pan out. Fresh from a series of biting promos and the genuine excitement of wondering what the “retired from WWE” Punk was going to do with the WWE Championship (was he going to go to RoH or Japan like he said he would?), it seemed like an odd, almost backward, step to have the ultimate rebel in Punk team up with the ultimate corporate suit in Triple H. However, that’s the card that was dealt and us fans had to find the good in it somehow.

Before then though, we had an undercard to work through and the high-potential combo of Air Boom started us off with an excellent defence of their WWE Tag Team Championship titles against the improving-every-day Dolph Ziggler and the underrated Jack Swagger. This was a great opener, full of great tag-team wrestling (well, great for the current era), nice exchanges and a high-octane finish. MVP of the match was, unsurprisingly, the United States Champion.

But hold on there, it seems Mr. Ziggler’s night wasn’t over with the end of the tag match as the man who made himself a relevant part of the company, “Long Island Iced Z” Zack Ryder, was up next to challenge for the Show Off’s singles gold. The result being in little doubt mattered not; this was the night Zack Ryder’s hard work in pushing himself and creating a fan-base paid off… and the majority of people watching or just following online couldn’t have been happier.

Beth Phoenix v Eve was given more time than the usual Divas Match, so benefited from that, with both women coming out of the match better than they went in, while Christian v Sheamus was a decent enough bout, but could’ve been better had it been given more time or a better reason to be taking place.

The first “main event” of the evening was a mismatched tag-team bout that suffered from an all-too-often piece of self-inflicted harm. WWE, for some reason, like to avoid making heels (especially heels who are breaking out of the mid-card and need to be pushed as a viable threat to be taken seriously in the top ranks) appear to be the equal of their main-event face opponents. Case in point; there wasn’t a single fan watching this match who genuinely believed Miz & R-Truth could topple Punk and Hunter. Not one. Because of that, there was little tension during the moments the heels were in control, meaning most of their heat-building and offence in general was of little consequence once the finishing sequence kicked into gear.

Taking all of that into account, however, this was still an enjoyable tag-match with great action.

Something else WWE is known for is missing out on the opportunity to drag history into the storyline if it doesn’t suit their plans. Now and again, though, they also miss out on history when it would add so much more to the match taking place. At last year’s WrestleMania you had Triple attempting to break The Streak, but not once, not even during the annual “here’s a list of victims so far”, was Hunter’s loss at WMX-Seven mentioned. Not even when they were saying how Shawn Michaels had failed twice.

So, it came to pass that Orton v Rhodes had a great match, but very little was made of their former Legacy connections, so the chance to build an extra emotional attachment to proceedings was lost. That being said, Cody had an amazing 2011 from an in-ring standpoint, as did Orton, and I confidently predict he could be the next big star by the time December 2012 rolls around.

The breakout star of 2011 wasn’t the younger Rhodes though. That accolade belonged to a man who had been in the company (on and off) for the better part of 15yrs. From the moment Mark Henry returned from injury at the hands of the Big Show and began his Hall of Pain, the inductee into the 2012 International Sports Hall of Fame (the first year of inductions) has been on a roll.

His character development, the promos, the trash-talking during matches and beatdowns, his work on commentary and, last but not least, his in-ring work all improved ten-fold through the latter half of 2011. This bout brought things full circle as it was Big Show who took out Mark Henry and it Henry returned the favour upon his return. Now that his run with Orton had ended, it was time for the two big men to go at it.

Some of the stuff these guys did, especially for their size, was immense, especially the “stare at each other and then just charge the other down” moment around the half-way point. All of this, however, paled in significance to the unbelievable ending to the contest. Sure, it was done first in 2002, but it was impressive regardless seeing Mark Henry superplex Big Show and then the ring just implode underneath.

Of course, as this wasn’t the last fight on the card, it made the Last Man Standing Match between Cena and Alberto very interesting from a “how are they going to work around this” kinda way.

Kudos to everyone involved for giving us something different to enjoy, at least aesthetically, as most WWE LMS matches follow a strict formula (well, to be fair, most matches follow a formula). The lack of ropes forced these guys to come up with something else and, for the most part, they delivered.

Some nice counters, a LOT of suplexes and a neat double-foot stomp to Cena as he as on the apron and under a ringpost were the highlights of the first half, while the backstage brawling (with plenty of toys) kept things going until it was time to bring things to a close. The end of the bout was unexpected, but made sense in a manner of speaking.

A single interview with the WWE Champion is all you get.

Another above-average PPV for the WWE Universe to enjoy with every match being an enjoyable encounter for varying reasons. WWE actually had a really good 2011 on PPV, so this is worth getting if you can find it for under £10.00.

Also, if you buy the Blu-Ray edition, you get the following from the preceding week’s TV shows -: