Legend has it that Jim Cornette came up with the idea and now, fourteen years later, the match is still a spectacle, but fears were drawn as a PPV devoted to “Satan’s Structure” was started last year. The main problem was that before the Hell in a Cell PPV 2009, the match was a feud ender, a place where two men went to finally decide who was the better man. But not any more; now it’s just an event where a spot needs to be filled and the match is just another bout in a feud. Add in the PG-era that we’re currently a part of and you can see why the Hell in a Cell feels redundant.

Can the Class of 2012 prove that theory wrong? 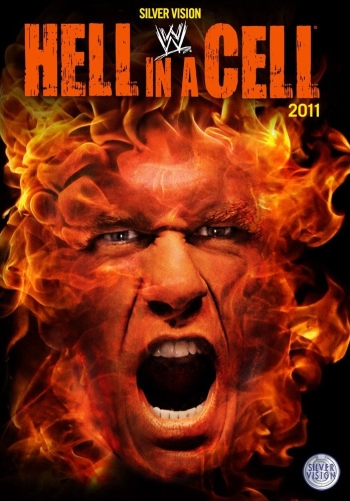 Ignoring the argument that the Hell in a Cell match should never be a gimmick that is slotted into a feud just because it’s October (it’s been done to death and while I feel it should be the culmination of a rivalry so intense there’s no other way to resolve it, the show is here to stay and we just have to make the best of it), this PPV, at least on paper, had quite a strong line up.

The first match was a blossoming feud on Smackdown between the recently-turned Sheamus and Christian. The former, while rushed to the title in 2010, had really made himself a big deal on the blue brand, while the latter is possibly the most dependable hand on the entire roster.

Put that together and you have the potential for a great match, albeit with a foregone conclusion (the Canadian being used to elevate the younger man). Before the match could get underway though, a show-long angle kicked off as Miz and R-Truth (who had been fired on RAW) turned up with ringside tickets… although that didn’t stop Johnny Ace from kicking them out of the building. Of course, there wasn’t a single person watching at home or in the arena that thought we’d seen the last of them.

The opener was a well-paced and well-worked bout that gave both men the chance to shine at various points. One of the highlights was how Sheamus ascended to the top rope for his flying shoulderblock. Another highlight was the finishing sequence; a beautifully timed series of counters leading to the final blow. A worthy effort from two talented wrestlers and a great bout to get the crowd into the event.

Following two non-Americans was another match featuring two non-Americans. For me, prior to the bout taking place, I felt this should’ve been the opener. Two luchadores going full bore should be the ideal opener, but for some reason they just didn’t click between the ropes and the fans didn’t give two figs either.

Sloppy as hell and played out in front of a apathetic crowd, this had to be one of the biggest let-downs of the entire year when you think of what it could’ve been. I suffered it once watching the show live and suffered it again for this review so you don’t have to.

This bout is what the [SKIP] button was created for.

Bringing things back up to speed, the first title match of the night removed the sour taste left in our mouths from the two Sin Caras. Air Boom have been a breath of fresh air in the tag-team division and both Jack Swagger and Dolph Ziggler work well together under the leadership of Vicki Guerrero. Great action, great exchanges and another stunningly creative finish were the fruits of four young guys’ labour.

Outside the massive steel structure, there were two other title bouts as Cody Rhodes continued adding prestige to the IC title in another great (impromptu) defence against the outgoing John Morrison and Kelly Kelly defended against the monstrous Beth Phoenix in a decent match for the time it was given. Also, prior to the IC match, Cody Rhodes unveiled the classic Intercontinental Championship belt to a great reaction.

The younger brother of Goldust really hit his stride in 2011 and I, for one, hope it continues long into 2012. If the quality of his work improves at the same rate as it did last year, Dolph Ziggler will have a legitimate rival for “Future Main Eventer”.

The remaining two bouts on the card were both fought inside the Hell in a Cell itself and the Mark Henry v Randy Orton match was interesting because the result was so important. If Mark Henry could pull off the win, it would legitimise his championship reign, but if he lost, there was potential he’d sink to the bottom of the card again.

Thankfully, this was another top-notch match to compliment their Night of Champions bout from only two weeks earlier. The psychology was great, the exchanges built on what had come previously and the finish was another edge-of-my-seat sequence and when the bell tolled, I had a genuine smile on my face.

The same can be said for the finish to the main-event; the first-ever Triple Threat HiaC. The dynamic could’ve been awkward, but they pulled it off and deserve a ton of credit for it. The near-falls were epic, the big bombs amazing and the closing five minutes off-the-charts intense.

Add in to the the post-match shenanigans and you have a great end to a really good pay-per-view.

Two extras and two interviews. One from RAW and one from just after the PPV ended. Neither are essential, mainly because JR/Henry was on RAW and the ADR interview is just OK.

This was a really good event with only one true stinker across the card. The opener, Tag and IC title matches were a really good indication of where the future of WWE should lay. The two HiaC encounters were memorable for different reasons and the closing angle really had a lot of intrigue. It’s just a waste that WWE squandered a potentially epic angle yet again.

Also, if you buy the Blu-Ray edition, you get the following from the preceding week’s TV shows -: