This list is about drawing attention to those who are toiling away in relative obscurity in present-day WWE, going above and beyond the call of internet TV duty to improve, get noticed and put on a good show. And nobody encapsulates this more than these next two men… 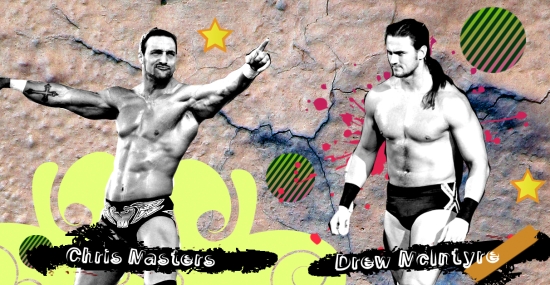 If, as mentioned in Part 1, Masters and Drew were that good in 2 minutes back in Feb, how great would they be in a 15 minute main event? Really, really f*cking great, is the answer, in the form of this match. These guys had the Superstars MOTY last year in August, and they retain their title in style right here.

This was quite similar to that 2010 match; both revolved around Drew working the leg and Masters selling the leg. Masters at this point was probably the best seller in the company, and Drew is still one of the best at dishing out punishment. A match made in heaven. It built really well, with Masters’ chops and Drew running into an Atomic Drop the early highlights. But man, Drew whacked Masters’ leg into the post and this sh*t was ON. I always love him busting out the Bret Figure Four on the post, and in general this was some sweet leg work. Then he gets cocky and starts hitting badass strikes, just because he can, like a dropkick right to the FACE (followed by the heel kip up) and then a straight-up KNOCKOUT PUNCH OF DOOM that Masters sold like a motherf*cker.

Masters’ comeback at this point was a thing of beauty. Absolute beauty. He struggled up the ropes with his bad knee and threw a flying shoulder that almost didn’t make it because he couldnt push off properly with his leg. That sh*t makes me mark the hell out. He hit another big ass Sky High before Drew took him and tried to whip him into the ropes but Masters collapsed under his bad knee. Marking the hell out, over here. Then Drew tries the same backslide from the 2 minute match, Masters makes the same counter, Drew makes the same transition into the DDT but Masters escapes! Losing my sh*t at this point. Then finally Drew is posted and Masters manages to throw the Masterlock on, making sure to drop down onto his good knee to take the pressure off the bad one and prevent Drew countering through the injury before he submits. Losing. My. Sh*t.

Chris Masters’ work in general, and his selling in particular, is just immense and this is one of the best examples of that. If somehow you still think Masters is the big stiff from 2005, wake the hell up and check this guy out. He’s completely incredible, and he matches up so well with Drew who is just magnificent on offense. One of the best matches on any television show all year.

If the last match was the Superstars Match of the Year, this one came awfully close. This was completely insane sh*t. There’s just no other way to say it. First of all, all six of these men are great and all of them together in the ring was especially great. The first awesome spot in this match was Slater grabbing an Uso and headbutting him. Wrong decision. Never headbutt a Samoan! The Uso no sells and laughs, Slater goes “OWWWW!” and sells, and I lose my sh*t a minute into this match. Little did I know.

We get ten more minutes of really great work, Trent and Tyson continuing their rivalry and going to work, Gabes doing highspots with everyone, and the Usos bringing their cool ass Samoan offense. Slater DRILLS one of the Usos with a wicked top rope powerslam. Then he tries to slingshot him into Gabes on the apron but Gabes gets Shoulder’d in a cool spot and we get another hot tag, eventually leading to Trent and Tyson back in, sh*t breaks down and HOLY SH*T A SUPER F*CKING PLEX TO THE FLOOR! That. Was. INSANE. One of the best highspots of the year and its on a f*cking internet show! Utterly mental. I loved the way the crowd went from “Superstars, whatever” to “Woah Holy Sh*t!” and were into the rest of the match. From there we get Trent Springboard DDTing Tyson into an Uso frogsplash for the babyface win, and man, that was so awesome. Completely, mentally awesome. 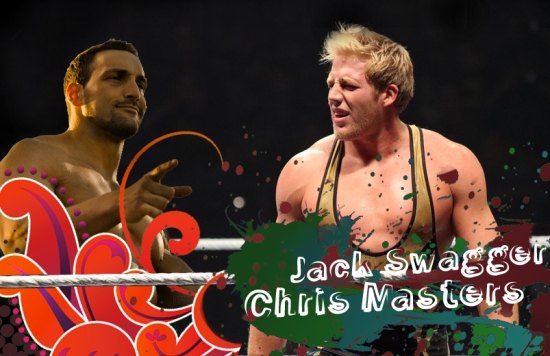 Talk about bittersweet. Chris Masters was fired the same week as this match, and it actually aired after we found out he was gone. But what a fitting swansong this was – a customarily excellent Superstars main event, highlighted by Masters’ awesome babyface selling.

As it begins Swagger controls him with amateur wrestling skills and heelish stalling, and Masters counters with his power and babyface fire. Before the break Swagger hits this awesome rabbit punch-Swagger Bomb combo to take control. As we come back Masters counters the ‘push him into the ropes and punch the back’ spot with the greatest, most desperate LUNGE you ever saw. Masters later tries to bodyslam Swagger and buckles under the weight of his injured back, Cena-style, and I MARKED. Swagger follows this up with a gigantic LARIAT, then waits for Masters to get up before knocking him down again, but when he goes for the trifecta MASTERLOCK BITCHES! Swagger avoids it but runs right into a giant Samoan Drop instead. The finish was straight-up out of this world – Swagger tries another Bomb, gets kneed in the face, Masters tries for the Masterlock again, but gets run into the turnbuckle and Swagger swoops down and ANKLE LOCK. So f*cking damn SMOOTH!

This was one of those ‘so simple, yet so good’ matches – there was nothing particularly innovative or spectacular, but the quality of the work was just so good and made it awesome. Masters in particular was an immense, incredible babyface worker. This was a perfect way for him to go out, but also perfectly encapsulates why the guy getting canned was the wrong, wrong, wrong decision. WWE is poorer without Chris Masters.

As I look at the accumulation of evidence, Tyson Kidd has almost got to be the Superstars worker of the year. Top two at worst. But to me this match is all about Ted DiBiase. Ever since he and Orton did that angle in 2009 I’ve been convinced he should be a babyface. Now, 2 years later, he finally gets a chance to show it, albeit as a nothing babyface jobber on internet shows. But for anyone who thinks Ted sucks, think again. He really doesnt.

Firstly, I have to say I loved Korpela calling this a third generation feud going all the way back to Iron Mike DiBiase in Stampede. Secondly, this is great. Tyson tries to control Ted with speedy matwork, but Ted keeps up with him all the way, so a frustrated Tyson abandons this plan and starts kicking him instead. Loved that. This is basically the story of the match – Tyson has to ground a very game Ted with matwork and heel tactics, as Ted fights out from underneath.

The second half of this was some epic babyface work from Teddy. He sold all of this back work like a champ, and from there it was all about Ted trying to make comebacks and being continually cut off. The point where Tyson began slapping him around like a douche and Ted started THROWING DOWN was awesome. Ted has some tremendous babyface fire, just tremendous. Shades of Masters. He hit a big Shinsuke Lariat and REY’D Tyson off the ropes before Dreamstreet was countered with a DEATH KICK. Epic sell job of this kick. Tyson keeps cutting Ted off right down the stretch, before finally Tyson hops from front to back while on the top rope and throws a giant MOONSAULT but misses for Ted to hit an awesome Dreamstreet for the win. A typically good Tyson performance and superlative babyface work from Teddy, who is definitely a keeper. 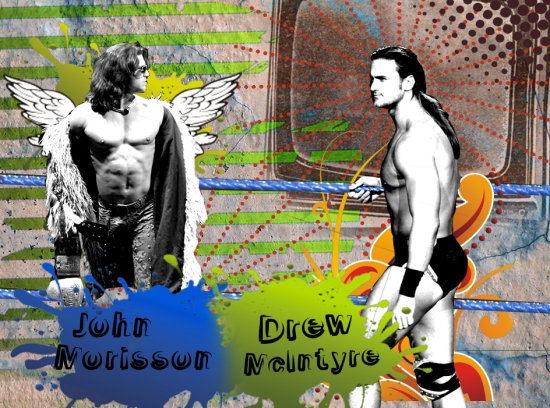 The latest exhibit as to why Drew McIntyre is the best wrestler in the world who can never get on TV. Drew is a BOSS. This was actually a Guys Whose Careers Have Been Derailed by Psycho Girlfriends Match, and in all seriousness a hell of a match. This was a rematch of a brawl a few weeks earlier, and they play off this fact by going out and immediately hitting each other in the face. They go outside where Morrison hits his crazy ‘land on my feet’ Parkour Flippy Thing off the stairs, before Drew busts out his own signature spot of crawling under the ring and smacking the guy’s arm into the apron. I love Drew’s apron gimmick.

After the break we start getting into some major moves like the Chuck Kick and the old Moonlight Drive, before Morrison goes completely INSANE and hits a RUNNING TORNILLO DIVE OVER THE RINGPOST! Shades of Rey, shades of himself actually, and this was another impossibly mental move to throw on a show that nobody watches. Sh*t gets completely real after this moment and they start throwing a tonne of bombs – a super, super running knee, then a GIGANTIC Big Boot in response. Drew counters a Tornado DDT with a big ass Sky High, Morrison counters Drew’s Lariat combo with a Standing C4. But in the end Morrison accidentally kicks the ringpost and Drew, like so many times before, manages to isolate it long enough to hit the Futureshock for the win.

Another in a massively long list of great Superstars main events, and another reason why what happened to Morrison’s career is a terrible shame. He was really quite something. Fingers crossed Drew doesn’t await the same fate, because in a year of great C Show work, I’d say Drew McIntyre’s work was the greatest.