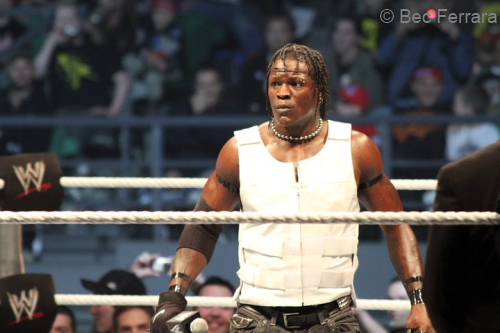 One night after the night of chaos that was Night of Champions, the 956th edition of WWE Monday Night RAW was a RAW SuperShow and it came to you, live, from the Quicken Loans Arena in Cleveland, OH. After surviving match interruptions by The Miz, R-Truth, John Laurinaitis, and, most notably, the supposedly fired Kevin Nash during his no disqualification war with CM Punk, the ever resilient Triple H went through hell as “The Game” was narrowly able to keep his job as the Chief Operating Officer of the WWE, but many more questions have surfaced that the COO must come up with answers. Alberto Del Rio’s Ferrari was not the only thing that John Cena took from “The Mexican Aristocrat” at Night of Champions as Cena was able to force Del Rio to tap out to the STF to win an unreal tenth WWE Championship. As if the fallout from an epic Night of Champions event was not enough, the RAW SuperShow featured a special Guest Star as the star of the upcoming film, “Real Steel”, Hugh Jackman, would appear on, what promises to be, a chaotic RAW.