WWE Over the Limit 2011 DVD Review

As one of the newer events on the WWE calendar, it came as a bit of surprise in the days of themed/gimmicked B-level PPVs that WWE would introduce one that is just a bog-standard show among Fatal 4-Way, Money in the Bank, Bragging Rights, Hell in a Cell, TLC and, in its own way, Night of Champions. Add to those the more established Royal Rumble, Elimination Chamber and Extreme Rules (ironically, Survivor Series has gone the other way and become, basically, “just another pay-per-view” after starting life as the first gimmicked WWE show), and you can see why a show with no discernible idea running through it is the exception rather than the rule.

That being said, OtL 2010 was also main-evented by an “I Quit” match with John Cena, so maybe WWE have snuck a stealth gimmick into the calendar.

Either way, with five title matches, two grudge matches and a highly-anticipated debut, it’s now time to go overboard, to go over-the-top, to go… OVER THE LIMIT! 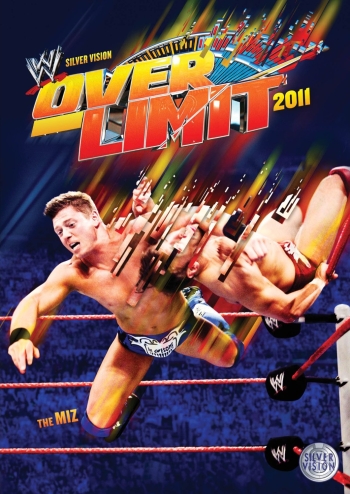 Over the Limit gets off to a great start as Rey and the newly turned heel R-Truth have a great sub-10min match that the crowd really get into. It’s not an understatement to say that R-Truth has become one of the most entertaining characters in WWE since he turned on John Morrison. His in-ring work has improved ten-fold and his mic-work is now simply phenomenal. That he’s kept it going and is still as entertaining today is a testament to the guy.

Unfortunately, after the opening bout, the next four are passable at best. Zeke v Barrett is plodding, Sin Cara v Chavo is botchy (especially the finish), Show/Kane v Punk/Ryan is alright (but where has Mason Ryan gone now?) and Bella #1 v Kelly Kelly doesn’t have much time to make any impact (as is the norm for WWE Diva matches, so it’s not their fault).

Picking up, Orton v Christian was fantastic, as all of their matches following this were (the feud only ended in early September), with great moves, counters and near-falls aplenty. It also helps that the fans were totally into it as well.

Michael Cole v Jerry Lawler is a feud that should’ve ended at WrestleMania XXVII. It was the perfect setting for that rivalry to come to an end, but WWE had to drag it out over a further two PPVs… but thankfully, this is the end of the road for their battles, it’s less than 5min and actually has a nice little homage to times gone by.

Closing the show, the “I Quit” match starts on a premise which is actually a small touch of genius. Unfortunately, it’s used against John Cena which effectively makes it useless because of the way WWE books him in against-the-odds situations. Miz wasn’t helped either by the segment on RAW where Cena completely no-sold two steel pipe shots.

Again, the fans are into it, but this isn’t enough to overcome the stupid way the match progresses. It genuinely damaged Miz more than anything else in his main-event run.

A single extra and it’s a basic “interview the winner after the show” segment that you’ll watch once and never bother with again.

A relatively poor show overall, only really Rey v Truth and Orton v Christian are worth revisiting, while the other matches range from forgettable to not-worth-it-in-the-first-place. A misstep in WWE’s year as all the other PPVs have been good-to-great in 2012, this is a disappointment.

Outwith the matches, the backstage segments are the usual WWE fare, so whether that’s a good or a bad thing is down to whether you skip/ignore the backstage interviews or not when you watch the shows.

The main negative of the show is Michael Cole, which has been a problem ever since he turned heel after the first season of NXT. His promos then against Daniel Bryan were pretty damn good, mainly because they were so unexpected, but they should remain as promos rather than totally dominate his commentary. As the greats of the past have shown, you can be a heel commentator without overpowering everyone else. Ideally, Cole would’ve left the commentary desk and become a manager.

There was no Blu-Ray release of this event, so nothing to report on that score.

I can’t recommend this show unless you are a completist and have to own a complete set of WWE PPV releases or can find it for less than a fiver.