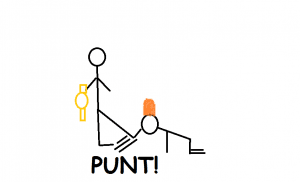 Just two nights before Capitol Punishment, the 617th edition of WWE Friday Night SmackDown came to you from the Dunkin’ Donuts Center in Providence, RI. Before he challenges Wade Barrett for the Intercontinental Title at Capitol Punishment, “The Personification of Domination” Ezekiel Jackson would team with “The International Sensation” Sin Cara and “The American Dragon” Daniel Bryan to face Intercontinental Champion Wade Barrett, Cody Rhodes, & Ted DiBiase in a 6-Man Tag rematch from RAW.

Two nights before defending the World Heavyweight Title against Christian at Capitol Punishment, the show kicks off with World Heavyweight Champion Randy Orton as the champion states that it is true that he suffered a concussion last week, but it is also true that he does not “give a damn”. Orton continues that he is “ready to fight” before saying that Christian got what he “wanted”, so he should get what he “wants” and that is to “beat the living hell” out of Christian. The World Heavyweight Champion would then be interrupted by SmackDown General Manager Theodore Long as the GM states that he has not received Orton’s “official medical clearance” and that, it might just be a “formality”, but he is not going to “let” Orton fight until Capitol Punishment.

Then it was time for a rematch from RAW as “The Personification of Domination” Ezekiel Jackson would team with “The International Sensation” Sin Cara and “The American Dragon” Daniel Bryan to face Ezekiel Jackson’s Capitol Punishment opponent, Intercontinental Champion Wade Barrett, Cody Rhodes, & Ted DiBiase in a 6-Man Tag Match. In the end, it was Daniel Bryan hitting a corner dropkick on Ted DiBiase en route to picking up the win for himself, Sin Cara, and Ezekiel Jackson.

The undefeated Jinder Mahal would be in action on SmackDown as Jinder, with The Great Khali in his corner, would go one-on-one with “The Moscow Mauler” Vladimir Kozlov. In the end, it was The Great Khali delivering a chop to the skull of Vladimir Kozlov behind the referee’s back that would allow Jinder Mahal to hit his full nelson side slam on Kozlov en route to picking up the win.

Two nights before he goes one-on-one with Alberto Del Rio at Capitol Punishment and four nights after returning to RAW after being ran over by the car of Alberto Del Rio, “The World’s Largest Athlete” Big Show would make a special appearance on SmackDown. SmackDown commentator Josh Mathews would conduct an interview with Big Show as Mathews asks Big Show why he is on SmackDown and Show reveals that he heard that Alberto Del Rio will be on SmackDown. Mathews then asks Show how he feels and Show claims that he feels “fine”, but “The World’s Largest Athlete” would be seething with rage as he paces back-and-forth. SmackDown General Manager Theodore Long would then come out and reveal that Big Show will “not lay a finger” on Alberto Del Rio because “criminal and civil charges” are being “contemplated” against Big Show for Show’s attack on Del Rio’s personal ring announcer, Ricardo Rodriguez on RAW! Long continues that, if a similar incident takes place on SmackDown, then he will lose his job as the GM and Big Show will lose his job as well. Long then announces that, since Big Show invited himself to SmackDown, then he is going to put Big Show in a match against Mark Henry.

Per the orders of SmackDown General Manager Theodore Long, “The World’s Largest Athlete” Big Show would go one-on-one with “The World’s Strongest Man” Mark Henry on SmackDown. With his emotions visibly ravaging Big Show, an unbalanced “World’s Largest Athlete” would not even let Mark Henry into the ring before blasting Henry with a kick to the skull. This was just the beginning of the scary destruction as Big Show would destroy Mark Henry with countless right hands to “The World’s Strongest Man” before delivering vicious knees to the head of Henry and, finally, Big Show would deliver the final blow to Mark Henry by blasting Henry with the WMD Knockout Punch. As Big Show finally makes his exit, EMT’s and referees would rush out to attend to Mark Henry as the unconscious Henry is stretchered from the ring. What is the condition of Mark Henry following this brutal attack? What will be the ramifications of Big Show’s attack?

After her new protégés lost in tag team action two weeks in a row, Natalya would team with her protégés, A.J. & Kaitlyn, to face Tamina, Rosa Mendes, & Alicia Fox in a 6-Diva Tag Match. In the end, it was Tamina avenging her one-on-one loss to A.J. last week by hitting the Samoan Drop on A.J. en route to picking up the win for herself, Rosa Mendes, and Alicia Fox.

One week after splitting themselves from Wade Barrett, former WWE Tag Team Champions Heath Slater & Justin Gabriel would face Jimmy & Jey Uso in tag team action. At the end of an exhilarating and hard-fought tag team match, it was Jey Uso hitting the Superfly Splash on Justin Gabriel en route to The Usos picking up an impressive win. Have Jimmy & Jey Uso earned themselves a shot at the WWE Tag Team Titles?

After witnessing the annihilation by Big Show on both his personal ring announcer, Ricardo Rodriguez, on RAW, and Mark Henry earlier in the night, “The Mexican Aristocrat” Alberto Del Rio would make an appearance on SmackDown two nights before his match against Big Show at Capitol Punishment. Del Rio states that there are “rumors” that he is “negotiating” his return to SmackDown because he is “too afraid” of Big Show. Del Rio continues that he is “not afraid” of Big Show and it is his “destiny” to be the WWE Champion and not even Big Show can stop him. Del Rio then reiterates that Ricardo Rodriguez running over the leg of Big Show last month was an “accident” before showing footage of Big Show’s attack on Ricardo Rodriguez on RAW. Del Rio states that what Big Show did on RAW was “not an accident” before saying that Rodriguez was his “best friend” and what Big Show did was “wrong”. Del Rio continues that Ricardo Rodriguez has a little girl and a wife and Rodriguez will get his “revenge” and he is dedicating his match against Big Show at Capitol Punishment to Ricardo Rodriguez. Del Rio then states that, if Big Show was right there in the ring, he would “spit in the face” of Show. Having heard all this, Big Show would come out before making a beeline for the ring, but Alberto Del Rio would narrowly escape Show’s wrath as Del Rio would escape through the crowd.

This would cause Big Show to completely snap as “The World’s Largest Athlete” would run to the announce table and, as Michael Cole, Josh Mathews, and Booker T barely get out of the angry giant’s way, Show would tip the announce table over! Big Show would then strip the protection off of the ringside barricade before hurling the bare steel at the ring post! Big Show then stands in the center of the ring and glares up at Alberto Del Rio in the crowd as Del Rio looks back with uncertainty in his eyes. What kind of mass destruction awaits Alberto Del Rio when Big Show comes for his revenge this Sunday night at Capitol Punishment?