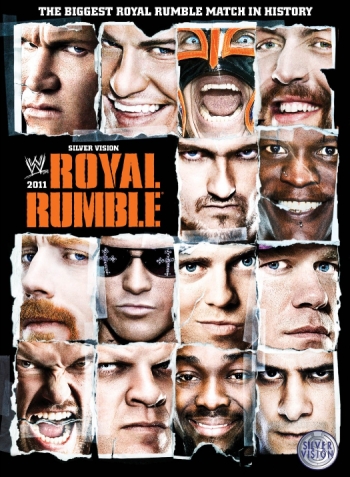 In 2010, there was five matches on the undercard. In 2011, there was only three. This allowed the two title matches to have plenty of time to tell a story and draw people in… which is exactly what they did.

Opening the show, Edge and Dolph Ziggler put forth a fantastic World Title contest, replete with near-falls for both guys, stunning moves, counters and exchanges, a nice finish, Tony Chimel’s voice breaking again and showed that the challenger belongs at this level. Of course, WWE decided to follow up on that by demoting Dolph back to the midcard and then, for no fathomable reason, having him ditch the blonde locks for a generically brown short cut. All the momentum Ziggler garnered in this bout (it really is the perfect example of someone getting over in defeat) has since been lost, which sours watching the match a second time.

RAW’s contribution to the title scene was also given plenty of time (both bouts were given just over and just under 20mins respectively) and the story told was very, very well done. Now some people don’t feel that Miz belongs in the main-event scene, but I personally believe that he’s earned the position he finds himself in. The Miz has worked his way up from Tough Enough runner-up through being a Smackdown host then, in sequence a lower-card guy, a mid-card guy, a chick-magnet, one-half of the most-over tag-team in the last half-decade and the United States champion. The angle where he re-invented himself (Miz lost a Loser Leaves the Company Match, but returned under a mask as The Calgary Kid – the match was in Calgary, Canada – to face, and defeat Eugene in a Winner Wins a Contract Match. He then unmasked to boos from the crowd and never looked back) was fantastic and he’s easily the greatest mainstream media asset the WWE has at their disposal.

Orton lost the WWE Championship to Miz when the latter cashed in the Money in the Bank case and this was his second chance at redemption. These two just work well together and the sequences they put together are crisp as two guys can be. Alex Riley also deserves credit for his big spot (the boy can fly) and the entire finishing sequence was a thing of beauty. Two world title matches in and Royal Rumble is off to a stunning start.

Closing things out for the undercard, and to give the fans a chance of a breather, the women do battle for the Divas Championship in what was originally built as a two-on-one handicap match. The anonymous RAW GM then “appears” and states that it’s going to be a four-way, giving everyone hope that Awesome Kong would be making her debut… only for an overwhelming groan to emanate from the stands when Eve was introduced as the additional participant.

The match itself was alright, with the 5min running time basically making this a distraction for the fans between two male championship matches and the biggest Rumble ever. The finish was creative enough and allowed the women to move on with the storyline after the PPV finished. And at least Eve has nice hair.

Going on last, as it always should, the Royal Rumble match this year was pushed on the fact there would be 40 men involved instead of the usual 30. Before the event, a lot of talk on the internet was negative, saying that having 10 extra men would ruin things, but the opposite happened and the match was one of the better bouts in the event’s history.

It would be a stretch to say this had something for everyone… but not that much of one. There was “indy-geek-cool” in the shape of Daniel Bryan, William Regal and CM Punk trading blows, throws and kick, you had the acrobatics of John Morrison (who gave us easily the best ever avoiding-elimination spot in Rumble history), the main-event power of Orton and Cena, the rise of Alberto Del Rio, the giants in Kane, Khali, Big Zeke and Big Show, two genuine top-level surprise entrants, the lows of Hornswoggle and the joyous sight of Sheamus kicking the leprechaun in the face while he was on the top rope. Not to mention the first time in history where a faction actually works as a faction in the match for an elongated period of time.

Add in to that the heart-stopping moment when, with hope in our hearts, Santino Marella almost gets the win and you have a great end to a fantastic start for the WWE in 2011.

Two extra, with the first being an interview after the event itself as Eve is questioned by Todd Grisham after her surprising victory earlier in the night. It’s the usual fare and not really anything you’ll miss if you decide not to watch it. The second is the over-the-top celebrations by Del Rio after the biggest win of his career. This is worth watching just for Ricardo Rodriguez and his ring introduction.

On a side note, if you buy the Blu-Ray edition, you get both RAW and Smackdown from immediately before the event in their entirety.

The first pay-per-view of 2011 was a fantastic show pretty much from start to finish. Two great undercard matches and a very exciting Rumble add up to a very well received night of wrestling. Ziggler, Morrison, Punk, Del Rio, Miz and Santino all come out stronger than they went in and the surprise appearance of both Booker T and Diesel had me with a huge smile on my face.

The Royal Rumble is the favourite PPV of many fans and this is up there with the best of them, from the opening match to the close of the main event. Well worth the £10-12 you’ll be expected to pay for it.