TMZ is reporting the following:

Macho Man Randy Savage — one of the greatest wrestlers of all-time — died today in a car accident in Tampa, Florida … TMZ has learned.

TMZ spoke with Randy’s brother, Lanny Poffo, who tells us the wrestling legend suffered a heart attack while he was behind the wheel around 9:25 AM … and lost control of his vehicle.

Earlier this month, Savage celebrated his 1-year anniversary with his new wife Lynn.

Macho Man began wrestling in the WWF in 1985 and became a superstar with his trademark catchphrase “Ooooooh Yeaahhhhh.”

UPDATE: Florida Highway Patrol tells TMZ … Savage was driving his 2009 Jeep Wrangler when he veered across a concrete median … through oncoming traffic … and “collided head-on with a tree.”

Savage was transported to Largo Medical center, where he died from his injuries.

Savage’s wife was a passenger in the vehicle during the collision — but survived with “minor injuries.” She was transported to a different local hospital where she was treated.

According to officials, Randy and Lynn were both wearing their seatbelts at the time of the accident.

Cops say alcohol was NOT a factor.

An investigation into the accident is underway. 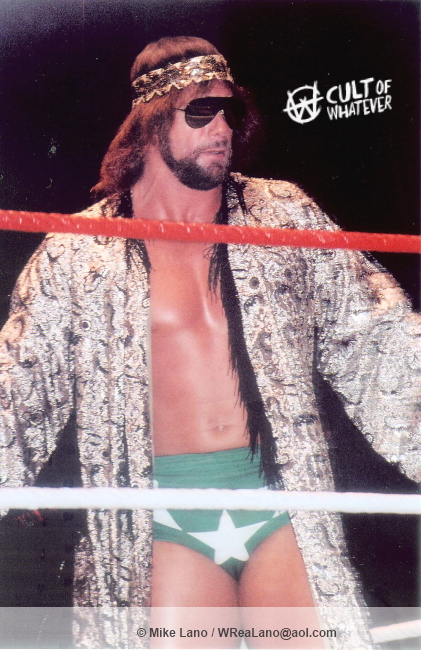 Got a favourite memory or moment from the Macho Man? Post it below…