Legend has it that Jim Cornette came up with the idea and now, fourteen years later, the match is still a spectacle, but fears were drawn as a PPV devoted to “Satan’s Structure” was started last year. The main problem was that before the Hell in a Cell PPV 2009, the match was a feud ender, a place where two men went to finally decide who was the better man. But not any more; now it’s just an event where a spot needs to be filled and the match is just another bout in a feud. Add in the PG-era that we’re currently a part of and you can see why the Hell in a Cell feels redundant. The 2009 PPV didn’t help either as the show absolutely sucked. The big question now is whether anything was learned going into the 2010 edition… 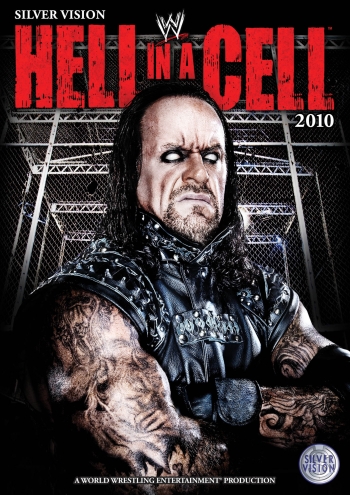 As I said in my last PPV review (for Night of Champions), opening the show with a fast-paced match to set the mood is a staple part of any successful wrestling event and, just like the previous month, WWE delivered with an amazing Triple Threat Match that had the added stipulation of being submissions-only AND that they count anywhere. The fact all three men had a history (Miz & Morrison as one of the best teams in the last five years and Miz and Danielson from NXT) and Daniel Bryan had moved on from jobber status to be a legit mid-card threat to anyone only added to the bout and the action was stunning pretty much from bell to bell (with even the Cattle Mutilation getting an outing in a WWE ring – and Matt Striker was even allowed to call it by that name).

Of the other non-Cell matches, the contest between Edge and Jack Swagger, as well as the Divas Championship match, are both really just fillers, especially with the latter getting only five minutes to play with, but the contest between Barrett and Cena really did exceed expectations. The stipulation did add a dynamic, particularly because very few people expected the good guy to triumph… I mean, not even WWE would be stupid enough to disband Nexus when they still had so much potential to succeed. As good as the match was, it’s the reaction of the fans after the finish that really seals the deal. We’d see something similar with Miz-Girl, but it was refreshing to see that something can still stun the fans and make them believe. The finish itself was pretty sweet too.

The segments were alright, but Alberto Del Rio’s in-ring promo was brilliant. The guy, barring injury, will be a major star for years unless WWE make a right hash of things.

As for the Hell in a Cell matches, Orton v Sheamus going on second was a surprise, but they made the most of the time they were given and put forth what was arguably the Irishman’s best WWE outing. Building slowly, the match escalated to a stunning finale and a fantastic finishing sequence.

The same can’t be said for the main event between Undertaker and Kane. Of course, both men meeting inside the Cell has a sense of poetic harmony as it was inside the first ever Hell in a Cell Match that Kane made his debut and cost his brother the victory over Shawn Michaels. The storyline coming in, with Kane claiming that the entire time between then and now was a masterplan, was brilliantly done and the former masked man was on fire with the promos.

Unfortunately, with the look through the window to the past, someone left the door open and an old problem of ‘Taker came to visit… mainly the situation where the storyline was amazingly well done, with promos and angles being performed that,while kooky, dragged you in, but the matches sucked. This was no exception and the finish was INCREDIBLY lame in it’s execution.

A piss-poor end to a surprisingly above-average PPV.

Two extras are available and neither is all that great. The first isn’t what you expect and is really just a single minute of Chris Jericho being put on a stretcher and then carted to the back. The second extra is your bog-standard backstage interview as Cena gives us his feelings on having to join Nexus. It’s actually a decent 60sec segment and John Cena sounds natural and believable.

Hell in a Cell 2010 was a worthwhile show, with a good match, a really good match and a really great match meaning 50% of the card leave you with a sense of money well spent. The rest of the card is decent enough (barring the finish of the main event) and the promo from Del Rio is the icing on the cake.

A massive improvement on 2009’s edition, it showed that the gimmick could still have a life in the PG-era and that having it shoe-horned into feuds isn’t the death knell it could’ve been.

If you purchase the Blu-Ray edition, you also get the episodes of RAW and Smackdown that followed this show on a second disc, which, while a nice addition, isn’t worth the extra expense.