By Adam Sibley
Wrestling Book Reviews
This page contains affiliate links. At no additional cost to you, we may earn a commission if you click through and make a purchase. Learn more

After a lull of WWE books over the last year this Christmas we were treated to a present by the WWE with a new autobiography Adam Copeland on Edge hitting our local bookstores. This book had a lot to live up to following on from the legacy left by the likes of Ric Flair, Kurt Angle and one of the greatest writers in wrestling the legendary Mick Foley. So was this book worth the wait and can it a hold a candle to its predecessors? Read on to find out. 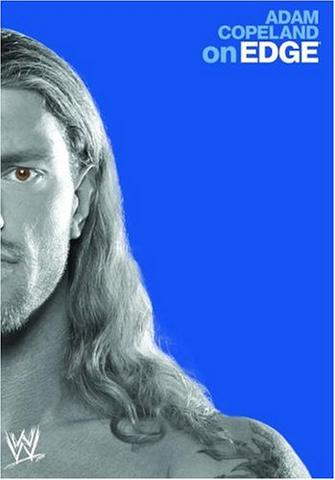 You will know Adam Copeland as Edge who since his induction in to the WWE in the late 90s in a very short time he has positioned himself as a main event star on Raw still fighting for the elusive World championship. Unlike pervious WWE books this isn’t a story of a wrestler who has achieved everything in wrestling but a book about an up and coming wrestler who is still battling to this day to make good on his dream.

The book is very readable, it is written as if Edge was in the room speaking to you about his career. You get a full feel for his personality and his attitude towards life. Edge holds nothing back as he talks about his personal and professional lives from his hard upbringing to his love life as his career started to take hold of him.

This book will be a good read for a non-wrestling fan as unlike other wrestling releases its not heavy with wrestling terminology and information. The book isn’t one of those books that you have to be a wrestling fan to understand as it a story of a boyhood dream coming true, a story many people still like to read about.

I would also highly recommend any wrestling fan out there to buy this book. It may not be packed with wrestling information, Adam goes out of his way to tell us what it is like being a professional wrestler and working for the WWE. The interesting backbone of this story is how the wrestlers interact with each other as Adam relives stories of winter death runs to perform in front of twenty people to traveling up and down the road for the WWE with Kurt Angle and Christian.

My only disappointment with this book is that it is a little too light and I easily finished it in two sittings. That’s not to say the book didn’t entertain me but I would of loved to read more in depth views and thoughts from Adam on incidents that happened on the road, his opinions on some of his colleagues in the WWE and his feelings on his severe spinal injuries.

The book is only 250 pages long but you got to remember this is a story of a rising star not a washed up old has been. If luck is on his side we may see Edge on our TV screens for some time to come so who knows we may even be treated to a volume II the dream accomplished.

If you want an entertaining and sometimes comical read this book is for you as it provides you with laughs all the way. If you are looking for an in depth insight into wrestling this book isn’t for you, although you would learn a bit more about Edge and some of the incidents that have happened in the WWE that you may not have known previously.