There was a lot of hype surrounding Raw, as it was to be the first WWE product to reach the X-Box (And the PC for that matter). Most of this hype was mostly due to the fact that everyone’s favourite UFC group, Anchor, would be making this wonderful game. Well, it didn’t quite turn out that way did it? I feel the main flaw about Raw was that it didn’t live up to the hype, it promised a lot but it didn’t keep that promise. I still feel it is still a pretty enjoyable game, if not playing it for too long, but I was still slightly disappointed with it. Hype is, and always has been an important part of the gaming industry but if you do not live up to your set hype, basically your screwed and you WILL get bad reviews. So lets get started. 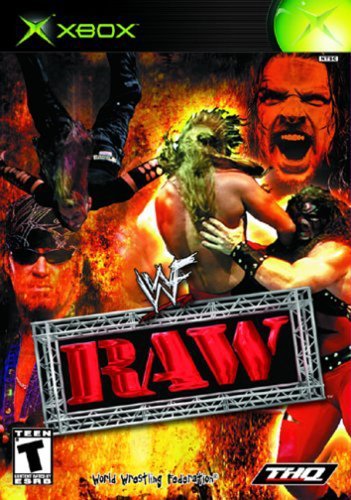 Thanks to my high powered PC (Whoo, flaunting my wealth!), there doesn’t appear to be any major differences between the PC graphics and the X-Box ones. All the wrestlers appear to be very smooth character models, and it amazed me how effortlessly everything was pulled off. From the entrances, to the ring and the crowd (less so the crowd) the graphics are something to look up too. (Mostly due to the X-Box power). 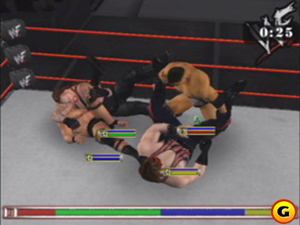 Create a Wrestler, always a major part of the game is in full force here, but it will be likely to appear in “The Bad” too, but let us talk about the good. The main interest in this for me, mostly due to me having the PC copy, was the ability to change the usually useless “Original” themes, into a song of my own choosing. Not only that, but due to the in-depth options when creating the entrance, your character’s entrance appears exactly the way you want it. (Mostly). 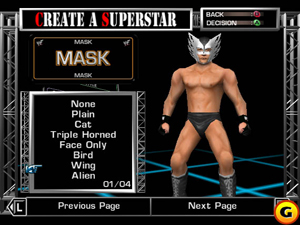 The sound, as I mentioned above is great as you have the flexibility to choose your own songs. I can understand why many people would choose the X-Box copy, but with my wonderful P.C the game played off without a hitch. This is the one advantage to the PC copy, if your PC is good enough then you have the ability to edit the games sound to suit your taste, which I did. Always fun to be kicking someones ass with ‘Welcome to the Jungle’ playing in the background.

To be honest here, the gameplay is awful, it lacks variety, which is something all wrestling games have.  There’s just nothing here to keep you playing, which is why this game is mostly a rental game, it just has no lastability. There are very few moves with the largest coming in the range of kicks and punches.  I suppose you could expect this, due to the game coming from Anchor, being that most of their past success came from the UFC games. Not only that, but this is not a pick up and play game, it takes quite a long time to try and master the controls, and even then it does always exactly go the way you had hoped for. 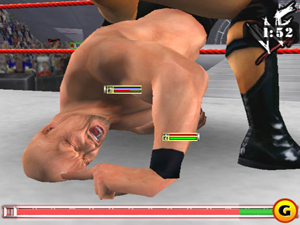 Not only is the gameplay lacking in this game, but so are the modes of the game. There is hardly a wide range of matches to keep you and your friends playing for hours (more like minutes. ZING!). You can play only as four players, and no more, there are no gimmick matches sans Battle Royal. Not only that, but our old friend Career Mode is missing, whipped out in favour of a “Choose a title and go win it” style mode.

If the CAW is great for entrances and music, it lacks in everything else. It lacks in the moves and the variety of clothing and other outfits, making it seem more like an EA WCW game, rather than a huge Next Gen “too many choices” CAW.

Another problem with this game in its PC version is the fact that you need a high quality PC to be able to actually play the game. This means if your PC is not up to date, you’re basically screwed if you buy it. That’s why you should always read the system requirements.

This game will provide you with a few hours of entertainment, but not much else. Strong recommendation to rent.