This video is another in the Steve Austin collection to follow the highly popular Hell Yeah. The previous videos have all been Steve Austin in Character the Swearing, the beer drinker and the Rattlesnake. But this video take a different look at things, a look in which is highly interesting and good. This video follows the career of not just Stone Cold Steve Austin it follows the real man Steve Williams. 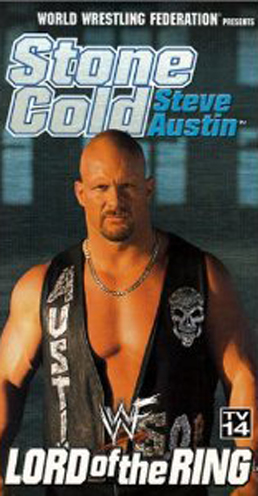 This Video follows the “All American school boy” in which Steve Williams was. It showcase his up’s and down’s at high school. His family is explored and his personal life is too. The video has exclusive interviews with Steve’s parents, Brothers and sisters, friends and of course employer Mr McMahon.

The video takes a look at Steve William’s life before  the WWF. When the top superstar was known as Stunning Steve Austin or The Superstar Steve Austin from his days in the Indy circuit to his days in WCW and ECW. The part in which Steve’s wrestling a career is highlighted and the early ECW footage is the best part of the video for me. The video looks at how Stone Cold Steve Austin changed the face of the WWF forever and how his foul mouth and beer drinking antics made wrestling popular again. It looks at how every working mans dream comes true when Austin battles his boss Vince McMahon in a feud which was one of the most popular ever.

The video takes a look at the business side of things and how Austin can draw money in the WWF.

Overall the video is great. The video is the best yet of the Stone Cold Steve Austin collection, being almost like a series of shoot interviews its pretty cool. The video is for the mature wrestling fan and if its WWF action you want, this may not be the tape. But a true Stone Cold fan will love it, and help them get over Austin’s heel turn.